The 3 most recent results (United States)

The 20 most recent results

Welcome to the international IQ test.

Before starting the test, make sure you are in a place where you can focus.

We will evaluate, through 40 questions, your ability to learn, to understand, to form concepts, to process information, and to apply logic and reason.

Your results at the end of this test will inform you of your IQ as well as your position in comparison to the population using several statistics.*

Once the payment of €9.99 has been made, the administration of this site commits to transmitting to the user his IQ score and his statistics. 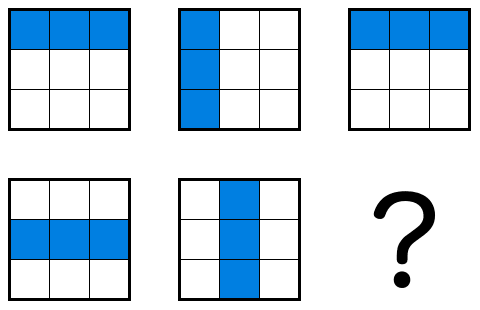 Congratulations, you have just completed the test!

To build your results and statistics (IQ score, age range, field of study and level of study), please fill out this form:

Calculation of your IQ score ...

Calculation of your ranking relative to your age group ...

Calculation of your ranking relative to your field of study ...

Calculation of your ranking relative to your level of study ...

Calculation of your ranking relative to the world population ...

The purpose of the IQ test

The IQ test can be used for many reasons. It allows determining one's level of being able to learn, to understand, to form concepts, to process information, to apply logic and reason, in comparison to the population. It is indicative and can represent an influence on non-common characters that can be encountered in society, whether relational such as isolation, rejection or distance, or intellectual such as ease or difficulties encountered in intellectual activities. In another way, it can also explain successes acquired in ways easier than others by individuals.

The effectiveness of this test

The IQ test we offer is used internationally by millions of users and new users take it every day. The statistics provided and established by the totality of the results make it possible to verify its reliability in relation to the calibration IQ scale system represented by the Gauss Curve.

People with much higher than average intellectual quotients (> 130), also called ‘gifted’, tend to be more at ease than others during intellectual activities. The most well-known characteristics of the gifted are:

People with very low intellectual quotients (<70) are defined as holders of a mental disability disorder and may experience, despite the intensity of work, more difficulty than others in intellectual activities and may also maintain, in spite of themselves, difficulties in social behaviours despite the strength of their will. The main causes that may explain the development of this disability would be nutritional problems during pregnancy or birth problems, such as a lack of oxygen. Exposure to certain diseases, such as whooping cough or measles, with delayed care could also explain the mental disability.

The IQ results include personalized statistics that rank the candidate based on several parameters (population, age group, level of study, field of study).

Our following statistics are derived from our studies of all the candidates on the global scale over several years and can evolve, depending on the new results recorded.

General and international distribution of IQ